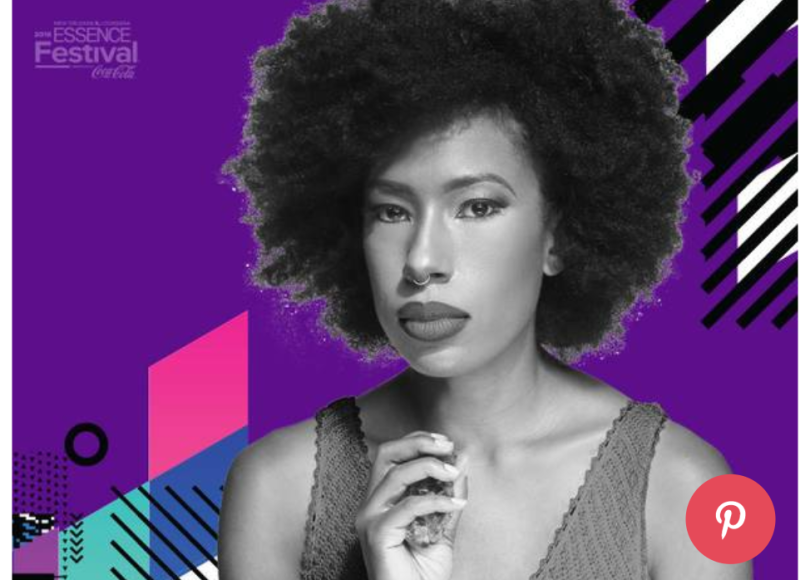 I wrote this entry some months ago, but I wanted to let those of you who read previously that Mykia Jovan will make her first grand appearance at the Essence Festival 2018!!!!! She will give an epic performance that you do not want to miss!!! Get your tickets!!! 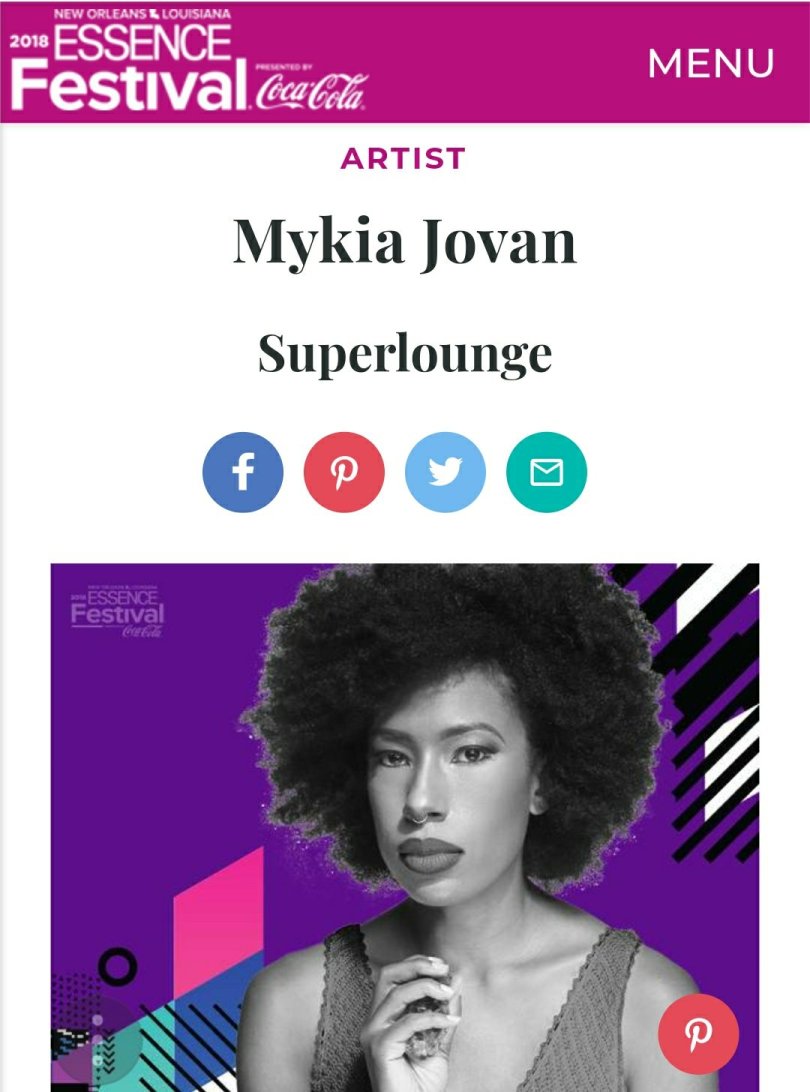 Today, I’m excited to share with you, songstress Mykia Jovan, who happens to be cousin! Born and raised in New Orleans, graduate of New Orleans Center of Creative Arts; Mykia graced the music scene with powerful honest soul touching lyrics. At first glance one wouldn’t think such range of emotion can come from this young delicate flower, but there’s no lip synching coming from those lips. 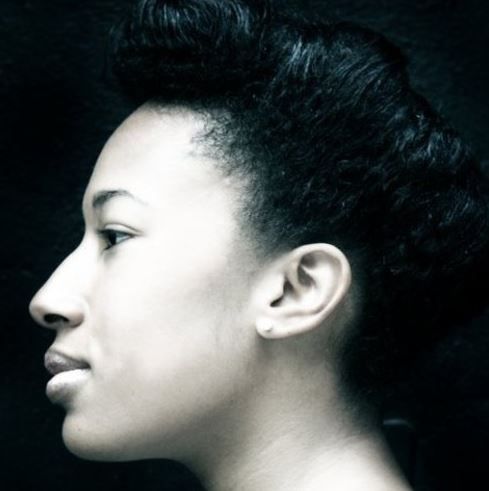 When I think of Mykia, I visualize a quiet beautiful spirit with the voice of a small songbird who sings only, because she knows it soothes and heals not only her listener’s, but her’s as well.

I remember being a little girl visiting my Uncle Michael and Auntie Mary’s house to see my new lil cousin for the first time. She was a beautiful, playful, but quite baby. I thought she was so special, being that her parents were my idealization of all that made young love. Even at a young age, I felt intrigued by the spirit of this little real baby doll.

Life changed, time flew by, we grew up and so did our family dynamics, but love is love, blood if family and family equates unconditional love to me. Even though we didn’t grow up together, didn’t know much about each other, our spiritual connection remained the same. Now both grown women with our own personalities, self visions and lives, we continue to have a soul connection that time nor space can define or negate.

During one of my trips back home my Uncle Michael mentioned that Mykia would be singing at a club on Frenchmen St., the Blue Nile. I sent her an email letting her know I was in town and would be there to see her perform. 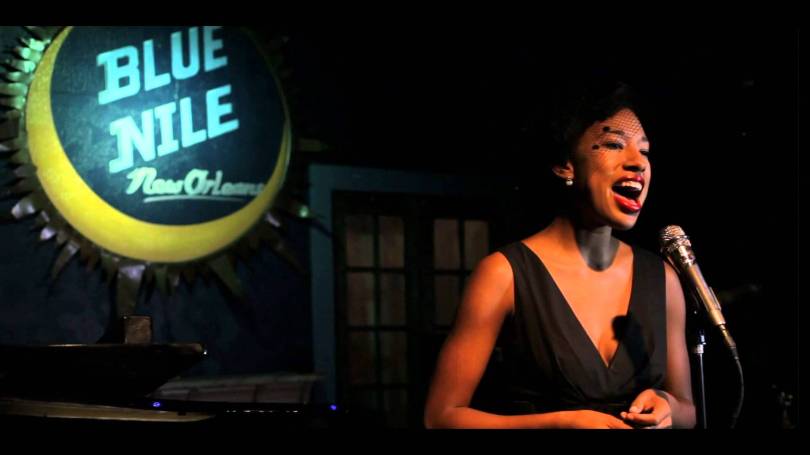 You can catch Mykia at Blue Nile every Sunday at 7:30pm.

I entered the dimly lit crowded nightclub and my ears went up as if I was some sort of hound dog, my eyes followed and there she was, a Classy Eccentric Grown Beautiful Mykia. I will have to write about her fashion on another blog, because OMG my girl kills it in the area of all things fashion! Like yes yes yesssss, Mykia!

Mykia’s voice resonated, pierced and grabbed at my heart and tears started to flow. I can’t even tell you the name of the song, because it was how she sang it, her actual voice, her tone was all I heard as if the words just flowed directly to my heart. She has that sound that makes ya wanna rock yourself, move side to side with your eyes closed, allowing you to focus on her voice.

I’m not sure if songbird is an adequate enough description of her sound, because her voice flew higher than any bird I have ever heard.

Then there’s the way she holds the mic, gripping it as if it was a love she needed to get through to. She has this tilt to her head, her eyes are softly closed, that lets you know her soul is soothed by her own voice. Just looking at her is harmonious. 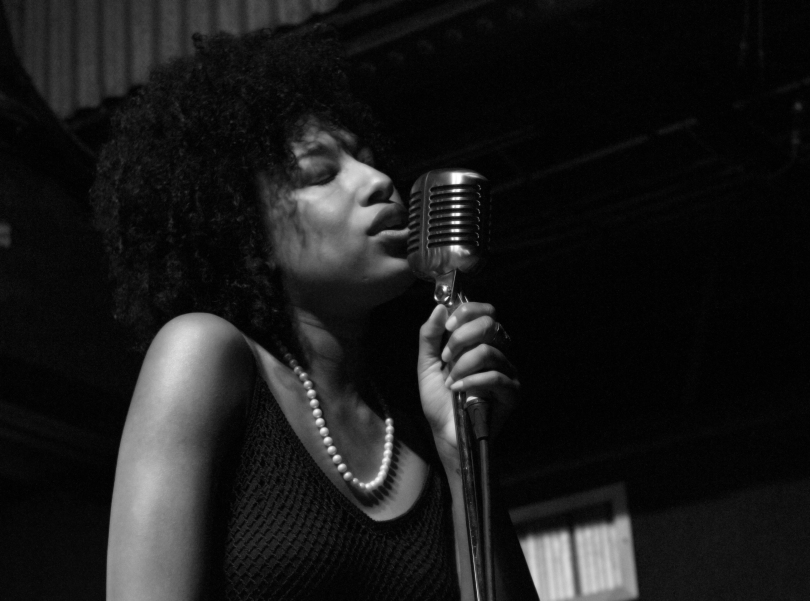 Mykia has this black girl magic that has you wanting a piece of whatever she has for yourself, but then ya like no I want her to have it all! 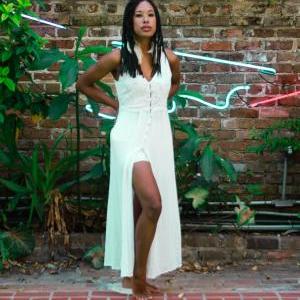 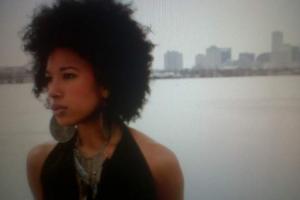 I’m so proud of her, not for her beauty, voice or ability to capture the hearts of her listeners. I’m proud of her, because she emulates what it means to be beautiful in an unphysically sense. She defines beauty, by being Mykia. She stays true to herself, she is unafraid, she is real, she is honest and it comes out in her music.

It’s something in her sound, as if she is singing an old gospel hymn, letting both you and her know everything’s gonna be alright. It’s a mixture of what ya grandmother wants you to feel, but with a big dose of big girls can cry, but chic you know you can do this realness. 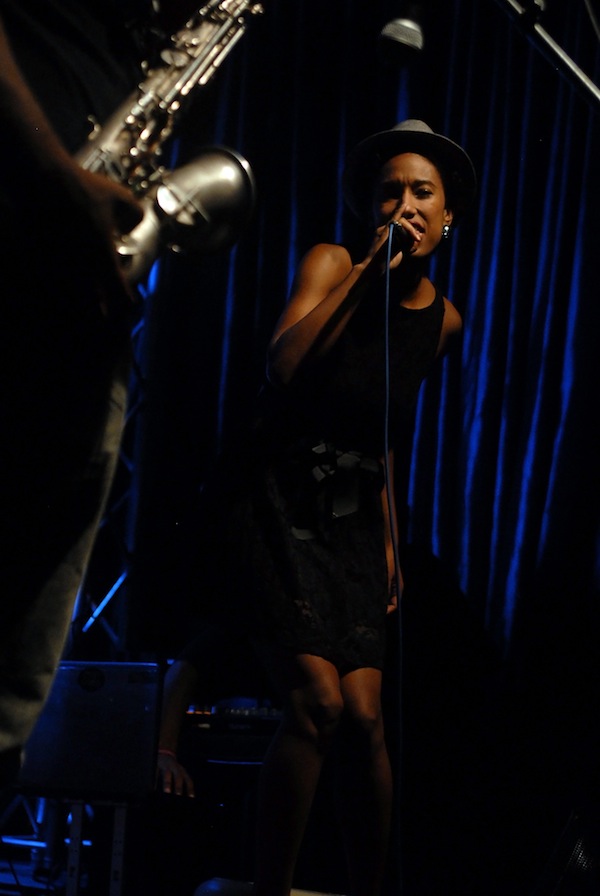 I’m not sure if you can feel her hug through her music, well maybe you can. I tell you what seeing her hold onto that mic, hearing that voice of her’s pierce your heart, while her words wrap around your soul has to feel like nothing, but a hug.

I highly suggest if you are in New Orleans that you witness for yourself the explosive soulful vocals of my cousin, Mykia Jovan! It’s a must see and hear experience of a lifetime!

Mykia’s sound will give your soul a dose of what it needs! 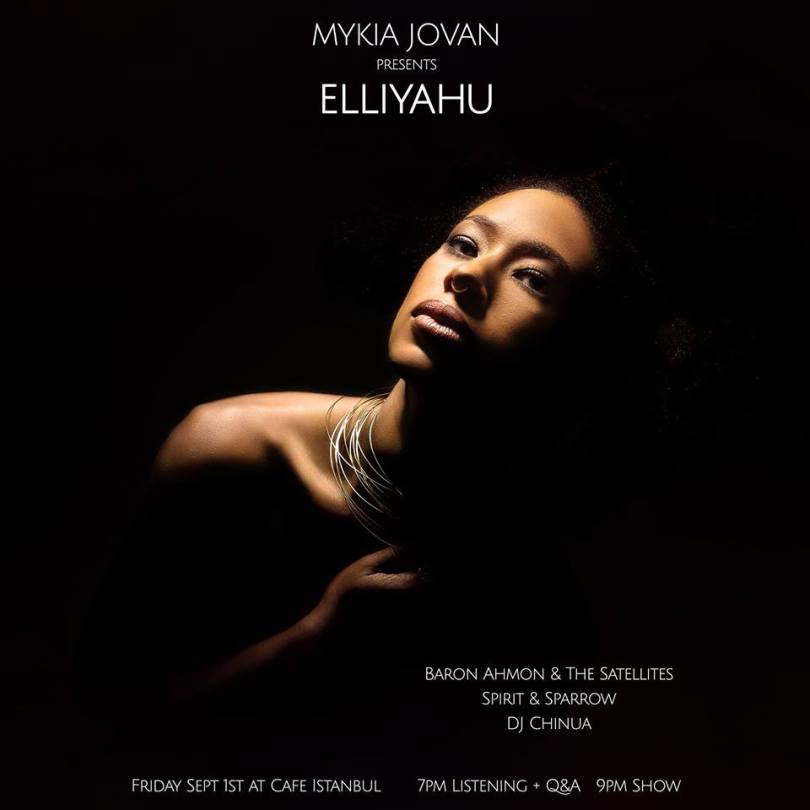 “Elliyahu is about whether or not we seize the opportunity to sneak behind the curtain and expose the so-called great and powerful,” she adds. “It’s discovering that idols are both in and outside ourselves. It is a tiny capsule of moments in life where I’ve either decided to illuminate or succumb to suffering.”

Join Mykia Jovan at Cafe Istanbul NOLA on Friday, September 1 to celebrate the release of her debut album, Elliyahu! In addition to a special live set from Mykia, the night will also feature performances by #SpiritandSparrow (Monica Spirit McIntyre & Kei Slaughter) and Baron Ahmon with his new band #TheSatellites!
The evening commences at 7:00pm with a full album listening and Q&A with Mykia. This will be the first time the album will be played in its entirety for the public and provides an opportunity to discuss themes, inspirations, and anything else that comes to mind. Complimentary food will be provided as well as a signed copy of the album to all attendees. The live performance portion of the night starts at 9:00pm.
7:00pm = Album Listening, Q&A, Elliyahu CD, + Live Performances: $15 adv, $20 door 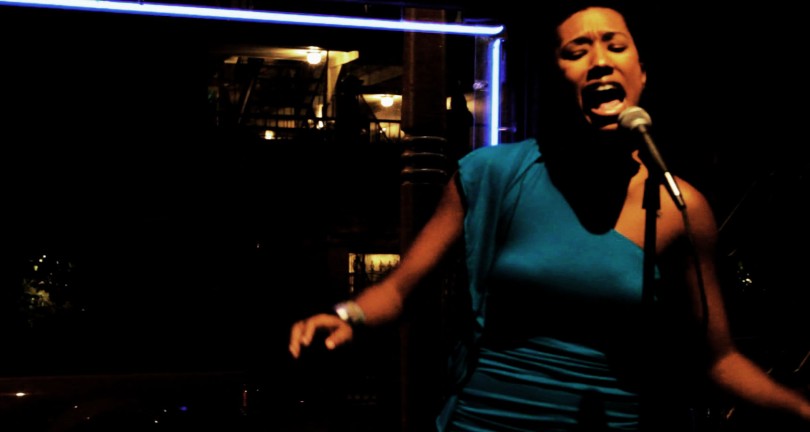 Hi, I’m Dee, The NOLA Chic. Previously a nurse, I became a full-time mother and freelance writer in 2017. When I'm not spending time with my wonderful kids and family, I love writing about my love of all things New Orleans! Yes, I love me some New Orleans! There's nowhere else in the world that makes me feel loved and accepted. I'm happy! I am determined that She, yes, New Orleans is a woman who is just like me; together, we will overcome and will rise from all that tried to kill our spirit. Nothing like starting from the bottom and making your way back up! I just know in my heart that New Orleans will provide for me. I will continue the traditions and customs of the old to keep the heartbeat of New Orleans beating. I'm here to share my colorful Urban NOLA life story, and those allow you to experience the heart and soul of New Orleans through my eyes. The NOLA Chic will invite you into her world and the heart and soul of New Orleans by way of blogging real-life stories of New Orleanians by allowing you to see into her life as she shares her account as a foundation to prove that New Orleans gives birth to survivors. New Orleans is home to Overcomers, an underserved and underrepresented community of people, the natives of New Orleans, who shout to the stars, "Let's Go Get It!" despite the odds stacked up against them. We are New Orleans means we give life to the city through our survival by making ends meet, staying afloat, and being creative with limited resources. The people of New Orleans remain here do so out of love for the city and those who can experience the love of New Orleans as well. So come on in and join me as I live the best Urban NOLA life possible!