The name “Gumbo” derives from a West African word for okra, suggesting that gumbo was originally made with okra. The use of filé (dried and ground sassafras leaves) was a contribution of the Choctaws and, possibly, other local tribes. Roux has its origin in French cuisine.

Gumbo is closely associated with a melting pot of Louisiana cooking, but New Orleans is known for having the best authentic gumbo in the country. Gumbo has a rich history and is often called the greatest contribution of Louisiana kitchens to American cuisine. 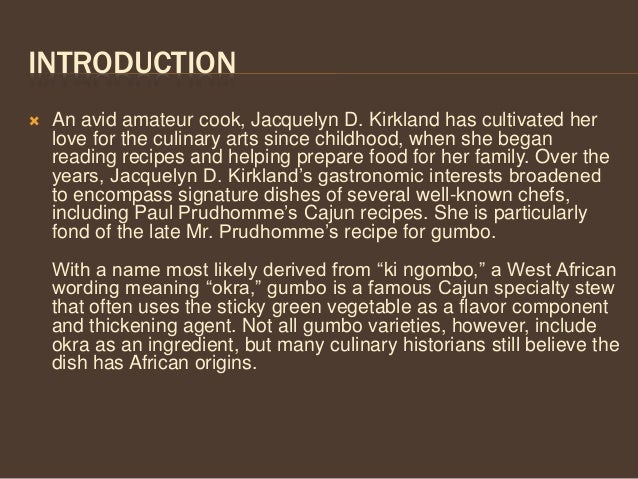 History of Gumbo in Louisiana:

Gumbo is often used as a metaphor for the mix of cultures that exist in southern Louisiana.[1] The dish combines the culinary practices of French, Spanish, indigenous tribes, and Africans, as well as Italians, and Germans. In the 18th and 19th centuries, people from these cultures lived together within a fairly small area with minimal mobility. This fostered an environment in which cultures could influence each other and meld to create new traditions and cuisine.[17]

The dish personifies the word ‘Creole’; like its human counterparts, gumbo was born in the New World and took cues from the old but adapted to the new.

The establishment of New Orleans in 1718 marked the beginning of the French colony of Louisiana.[18] French settlers allied with various native tribes including the Choctaw, Alabama, and Cherokee,[19][20] from whom they learned new methods of cooking and ways to identify edible indigenous plants.[21]

Slave ships began arriving in Louisiana in 1719. The first ships carried rice and men who were experienced in its cultivation.[22] The grain adapted well to its new environment, and within a few years, rice was commonly grown along the Mississippi River.[23]

The colony was transferred from French to Spanish control in 1762.[23] The Spanish government actively recruited settlers for Spanish Louisiana.[27] About 2,000 people from the Canary Islands moved to the area south of New Orleans.[28][29] These settlers were primarily fishermen who soon began supplying large amounts of shrimp, crab, and oysters to the food markets in New Orleans. The Canary Islanders also brought “a love for well-seasoned food”,[30] including use of ground cayenne pepper, a spicy hot red chili pepper.[29] Spanish authorities also granted permission for a large number of French-speaking Acadian exiles to relocate from northeastern North America to Louisiana. From 1755 through 1795, almost 3,000 of these settlers, soon known as Cajuns, moved to the areas south and west of New Orleans.[30] Louisiana was secretly returned to France in 1800, then purchased by the United States in 1803. The southernmost part of territorial Louisiana, including New Orleans, became the state of Louisiana in 1812.

By 1800, the slave trade had introduced new foods to Louisiana, including the African vegetable okra,[31] and hot pepper plants which likely came from Haiti.[32] Onions and bell peppers were long part of cooking in both the Spanish and African traditions.[20]Tomatoes were introduced to the region shortly thereafter.[33]

The exact origins are unknown, gumbo is often believed to be a dish of mixed origins of French, Spanish, African, Native American Caribbean and German influence. African-American slaves often exchanged or combined ingredients in order to make the dish, allowing it to serve as a means of community and identity among them.[34]

West Africans used the vegetable okra as a base for many dishes, including soups. In Louisiana, gumbo includes ingredients introduced by several cultural groups.[20] Surviving records indicate that by 1764 African slaves in New Orleans mixed cooked okra with rice to make a meal.