I complained of the rain earlier, and two things hit me, #1 if the rain doesn’t fall, flowers can not grow. #2 I have anxiety after last years flooding when the pumps failed. I’m scared of the very rain that my Mama would open all the windows and doors to, and we would sit watching it. I used to love the sound of the storm, the feeling of the drops on my face, now that memory is replaced by memories of flooding.

After New Orleans recovered from the storm, after all the water-soaked in the earth and produced a bounty of wealth and opportunity for some, the very people who suffered through the rain, survived and grew from the waters of Hurricane Katrina, they are not reaping the harvest. There are plenty of people reaping the harvest by merely moving into the city, and it’s like they are giving seedling before coming here, to give them a jumpstart. While the actual locals, Natives are here hopping their seeds are magical beans…

As with all growth, we go through a process to get to fulfilling our purpose. Planting the seed requires pushing up thru the dirt, we need the storm/rain to soften the earth for it to come out of the darkness beneath the soil. So, many made it out the dirt, so many untold stories of a significant life tragedy lay still buried in the ground, but unearth itself as a mental illness at times. 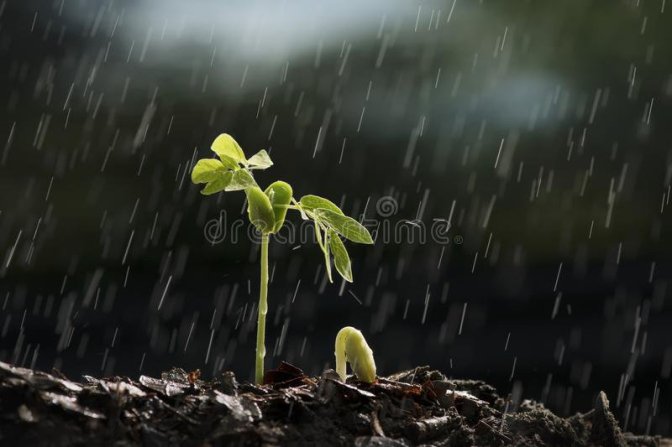 So, like the farmer, we don’t mind planting the seeds as our ancestors did. We are fine with planning our goals desires, and dreams. We do not mind working in the fields which are now the very streets of New Orleans. We are willing to do whatever it takes to be here to enjoy the bounty.

You ever felt the raindrops hitting every crevice, every pore of your being and all you can think of how you don’t have an umbrella. It’s raining on the parade of your mind, body, and soul, and you want to give up. Not realizing that the raindrops are needed for your growth. We need rain to reap the harvest.

I’ll never say we need the storm to cleanse our city, like some fools, have uttered from their ignorant mouths. But I will say that Katrina happened and the city and our homes needed fixing. Sadly the renovations done to the most impoverished areas are immaculate, beautiful and very expensive to live in, especially for those who were affected by the storm. The city and state officials are doing a great job on beautification projects and urban neighborhoods, but it’s not for the lower-income New Orleanians. The very projects and wards I used to frequent to visit family and friends are now luxury condos and high priced shotgun homes; the former occupants are displaced, living in other states. We can not afford to live in the very city we poured our love and sweat into. The harvest of Katrina has not been shared appropriately with the natives that went through the storm. 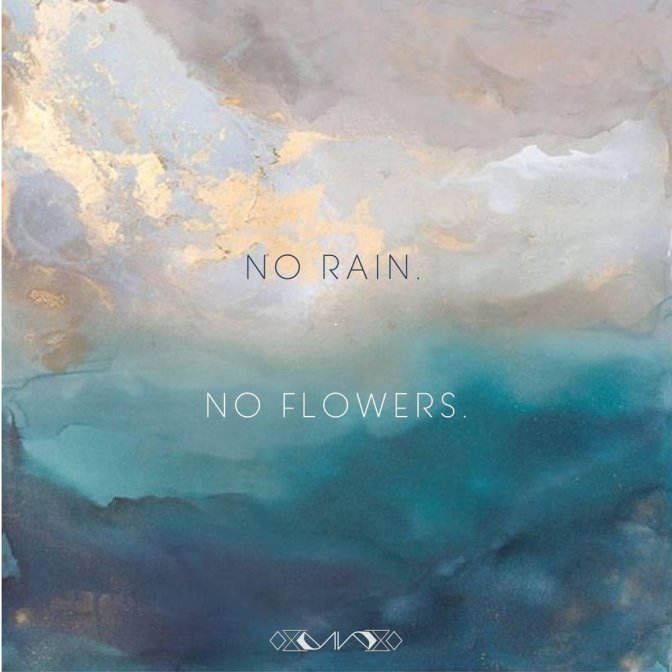 The storm, the rain, the problems, hurts, and pain is growing us, strengthening us to be able to fulfill our higher purpose. Lots of New Orleans natives would have never traveled had it not been for Katrina. Some never went pass the Ponchatrain Bridge. The rental and furniture vouchers helped them to be able to purchase new furniture after losing hand me downs finally. Well, I wouldn’t mind having some of my grandmother’s hand-me-downs. I guess in a sense Katrina helped with that, but was given was not enough to equate their suffering. I don’t care if they didn’t have a chair, those who endured that deserved more. And if you ever go through something that horrible, you will feel the same. After you have walked miles in the water, with no water to drink, in the hot sun and survived only to move back home only to find some rich people were sitting on your neighbor porch. Wouldn’t that piss you off? How much is that worth to you? Would that free rent and furniture voucher cover that pain of all that you have gone through?? Living here and seeing how the wealthy transplants live is like being spit on.

Yes, we grew from the experience, learned from it, we sprouted up and pulled ourselves from the dirt. But it hurts to know how my people are treated. Which is why I want those who love our culture to really know our culture and what we go through.s

Just as with Katrina, those who lived here stayed or left before the break, and we’re rescued. Some had no choice, but to wait, suffer, endure, and go through the storm. They will never to be who they were before, but they made it. They made it through the water, thru the dirt and bullshit of the system. They weathered the storm.

The rain watered the seeds of their souls. As they moved through their daily routine, the seedling pushed up through the darkness producing a stronger and wiser, but still fragile. It’s in that last stage of growth that you realize where you have come from. You feel that you can breathe a little bit easier with the weight of the dirt is beneath you. You now feel the warm sun against your newly sensitive skin as you soak and bask in the glory of it all. Feeling somewhat better, you can tend to the ground around you. With your strong callous hands, you pull up the weeds, pluck out the bugs and pick up the trash. And before you know it you are in full bloom! Your seed has produced a bounty of fruit, and the land is flowing of milk and honey. It’s Harvest time in New Orleans, and you are strong enough to get up and reap the harvest! You gather your basket and head out to the fields only to find out that while you were drying off, healing from wading in the water to a temporary place to recover someone stole the bounty when you were at your weakest.

I truly believe that the people of New Orleans are due a portion of all the wealth that the city produces. I see and feel that this is the land of milk and honey. Which is why the people, the big businesses are taking over, and it’s not fair. The seed holders, the field keepers, the workers of New Orleans who endured the storm should reap the harvest, not the businessman, not the wealthy person and indeed not anyone out of reach with our culture. I have met several people who moved here, because the land is hot, not in temperature, but New Orleans has it going on. Most move here because they want to not only take the culture but change it into what they believe is New Orleans culture.

Let the people reap the harvest of the storm, the keys to the city need to go to the actual survivors of this land. Give them a taste of the cold milk and sweet honey.