We made it safe to Minnesota after a mad dash to the airport, making it within minutes of missing our flight. I despise early morning flights, well anything that has you up at 430am. 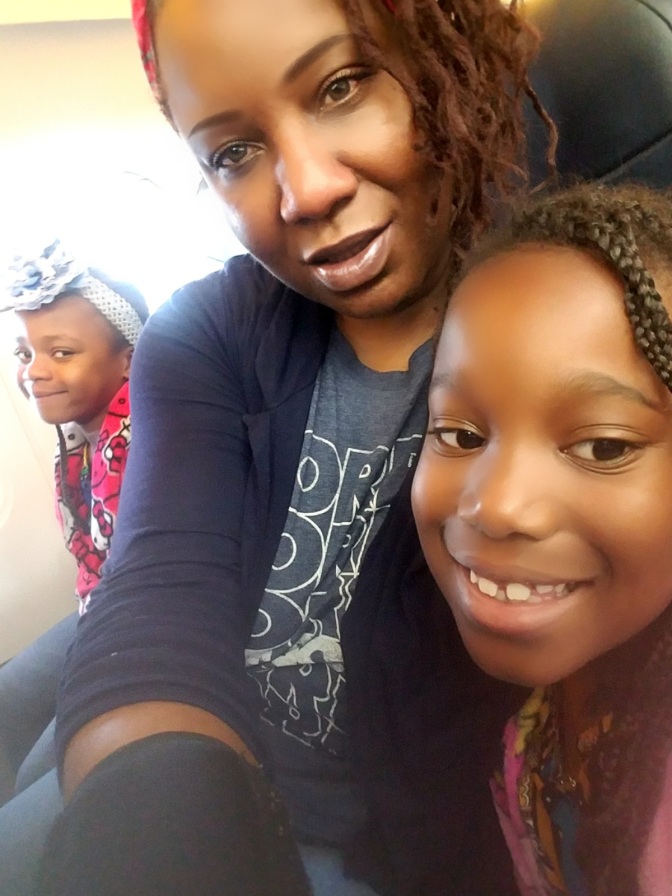 The neighborhood street roosters where a cockadoodle do until we left out, they reminded me of my Mama waking me up for school. She will wake you up with a good hour of sleep that can be done with this nonstop chatter about the time. It’s 6 o’clock, her voice on snooze reminder every 5 minutes til I just give up and get up, but unlike a clock I couldn’t turn her off. 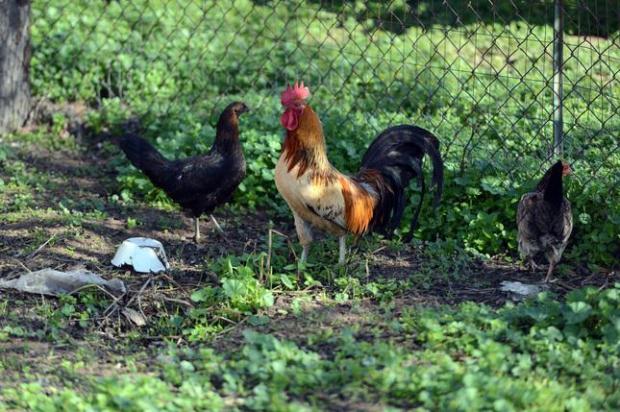 We pack up the car in seconds literally and off we go. My Momo would always pray for traveling mercies, but she’s not with us anymore, so I’m left with hearing my bestfriends version of it yesterday. I need a prayer just to get on the highway, especially here in New Orleans. I do not share this with my nephew n law as I close my eyes as he jumps on the I10. I was rear ended by a car and  truck last June and have unresolved fears of driving.

My accident felt like I was in a Transformer movie, as I watched through my rear view mirror the collision to be. The blue car hit me first, he did try his best to stop and avoid hitting me, but…I saw him tear off the drivers side rear end, then his car flew up in the air, like it would land being an action figure, instead the car landed on the guard rail, on the drivers side and slid to a stop. In an instant like a superhero he jumps out the passenger side door and lands to his feet injury free.

Noless than a second a big Ram truck appeared coming fast through my rearview mirror, smashed and bounced back off my car. All I remember was seeing gray and looking at my nieces in the back of the car. As well as not being sure how I moved the car off to the right emergency lane. We where blessed once again, my girls could have been smashed within the back of the car, the trunk was pushed a few inches from the back seats which they sat.

These old memories floated through my mind as he sped up the I10. I finally found my voice to say “Slow Down.” He did, but others did not, its like 80 is the new 55 as far as miles per hour go.

My granddaughter must have sensed my anxiety, because she cheerfully said “look” as her eyes lit up taking in the sun rise, it was beautiful and one of the good things about waking up early. 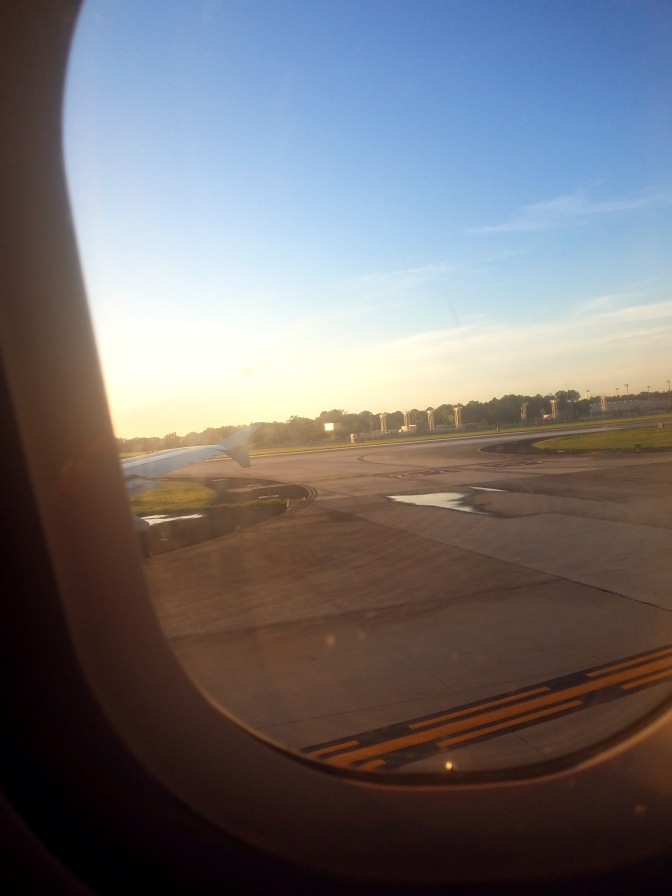 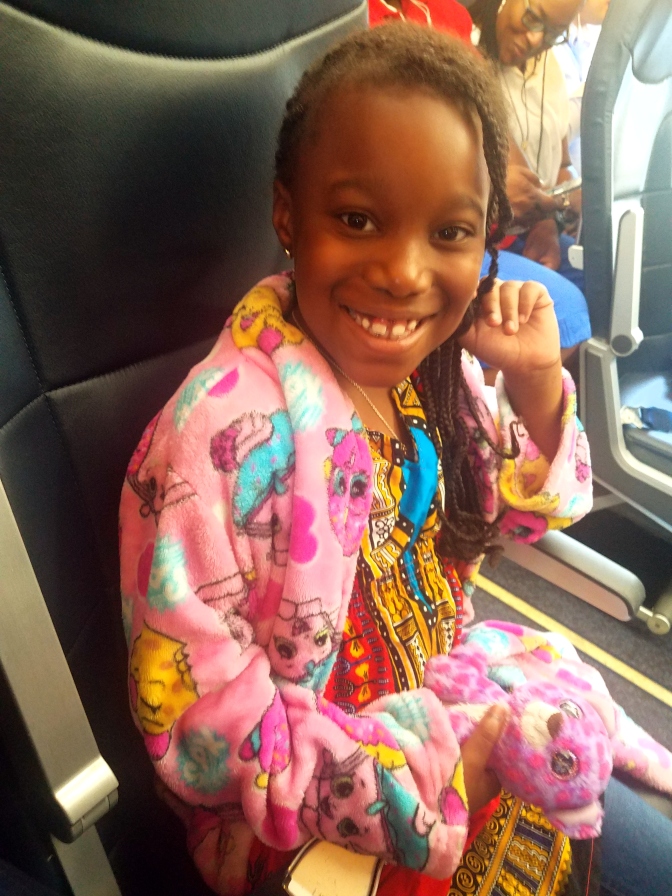 We made it safe to the airport, checked in, ran to board the plane and off we where riding into the beautiful sky. 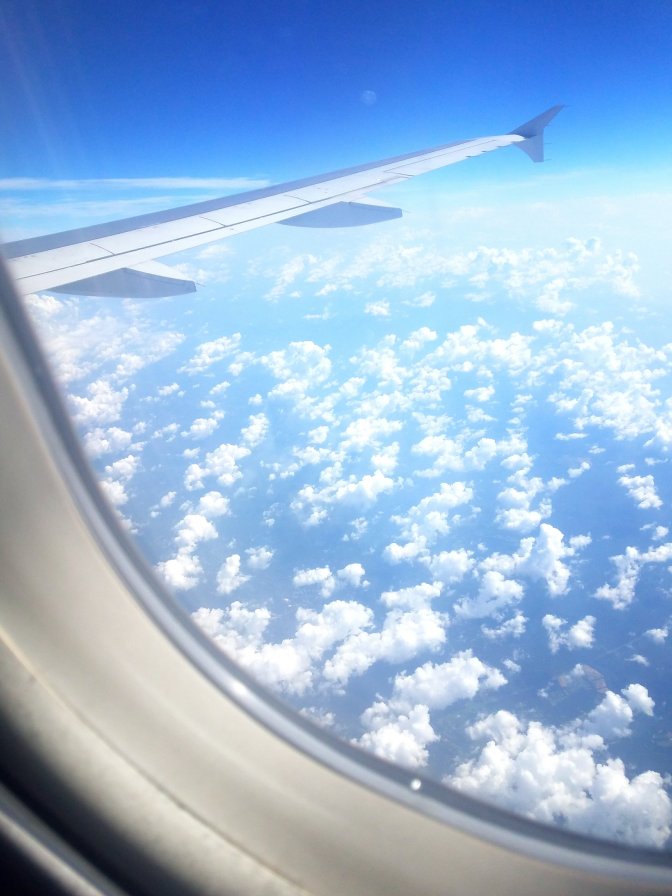 I wonder how the sky could look so beautiful and peaceful, but be windy or whatever bad weather means in pilot language.  We had some rreally bad turbulence, the plane rocked and bounced as I envisioned movie scene in which the face mask fall from the ceiling. It took a few minutes before the seat belt sign came back on. I was feeling short of having a panic attack and I sensed the other passengers felt the same. 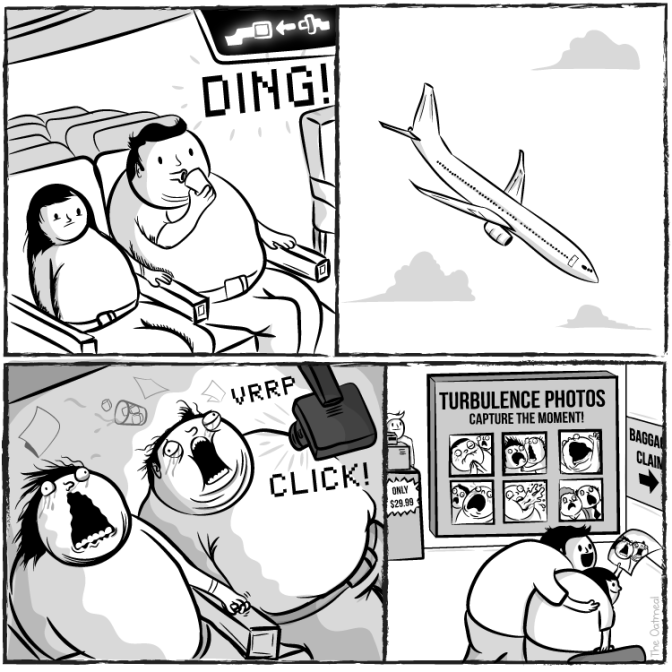 To agitate our plane ride more so, was the questionable rude stewardess that I reported after we made it in. I reported her, because I felt she did not provide a sense of security, respect or care for her passengers. This woman had to look at her notes to know what our destination was, she made the inaudible  announcements that were so fast that you can hear whispers of ” what did she said or why did she hang up so fast.” The other stewardess successfully added some shade humor by announcing “We at Spirit Airlines have some of the greatest stewardess known throughout the industry, but today it’s just me.” We all needed that laugh. I thought of an American Guy episode when Roger was a stewardess who was outshined by her co-worker and he went as far as jumping out the plane to make his passengers laugh.

I’m sorry to inform you all that Ms. Rude Stewardess dug deep and found her way to offend all of her Spirit passengers. This woman, stewardess asshole took to her microphone not to announce we are out of bad weather, but informed  the whole plane in a clear slow voice that one of us “picked up” her very expensive iPhone with the credit card attachment for in flight purchases. You can hear a pin drop amongst the fluffy clouds and feel the air being sucked away as we all gasped. She added insult to her offense by walking from the front of the plane to the back & to the front again, as if she could sense who picked it up. She returned to her station picked up the microphone to say “So no one has it?” “I really need that phone, its federal property, has private info in it and its really expensive, whoever has it can put it right back here with no questions or ramifications.” Really.. I thought. 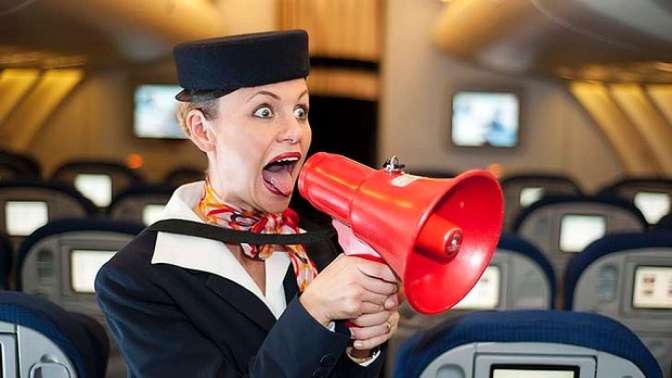 I think my mouth hung open as well as the others on board. This stewardess offended not only us regular coach people, but the first class passengers too. No she didn’t, oh yes she did..

The majority of the passengers were white Minnesota locals or white passengers coming in for the Minnesota State fair. “How dare she say that on the speaker as if we all stole it” a couple said loud enough for half the plane to hear. Yes, she accused us all, it was unbelievable. 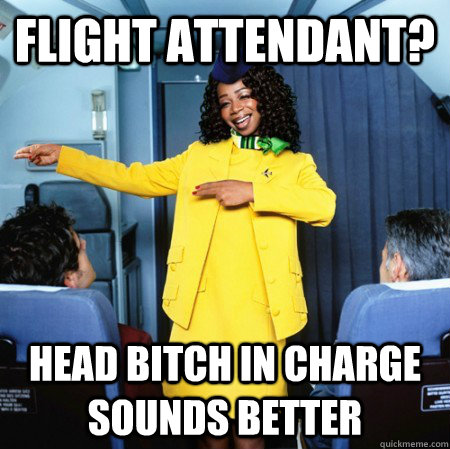 A few minutes later without anyone getting up to return her stolen property, she was walking from the front to back once again, but this time she was asking ” Would you like a beverage or snack for purchase?” She found it behind her stewardess station.. It fell with all the turbulence…

She did not announce that she found it or apologize for accusing and offending her loyal Spirit passengers….

Back in the day there where strict guidelines and rules as to who can be a stewardess as well as what was expected of their roles in the friendly skies.. 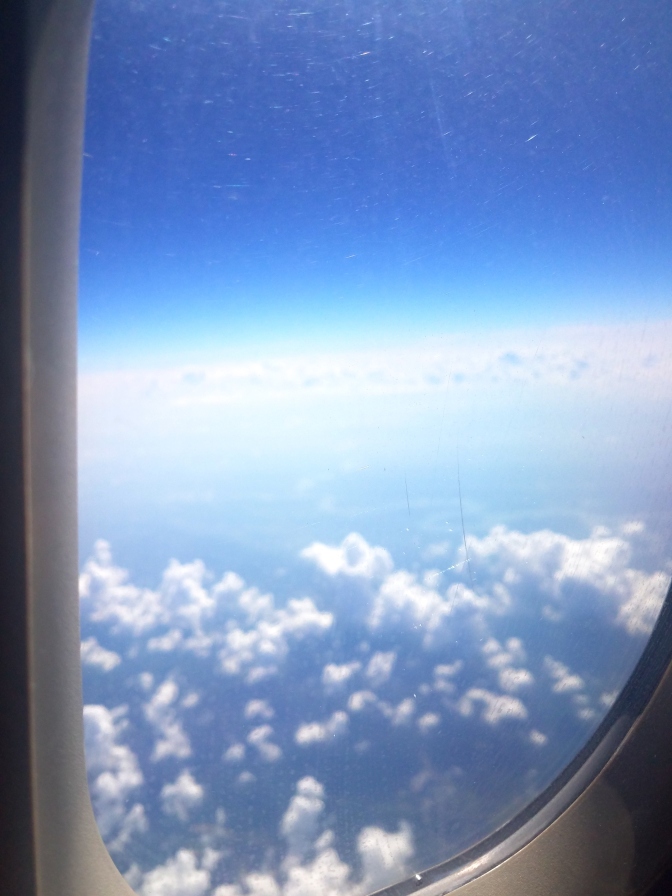