Tonight I feel like switching up a bit, these days I haven’t been as playful and outgoing with my writing as I can be. After a few glasses of spumante and Erykah Badu’s music in my ears, I decided to pen my grown woman playful thoughts.

With that being said, I’m pretty sure you all heard Erykah’s song “You better call, Tyrone, ” right? If not let me bring you up to speed.

Erykah told the Power 105 Breakfast Club that her most famous song was “a total freestyle” that she made up on the spot and just happened to record.

Erykah has had enough with her no-good, do-nothing man and is kicking him out of the house. Tyrone isn’t actually the boyfriend here: Tyrone is the boyfriend’s homeboy, and Erykah suggests that he “call up Tyrone” to help him move his shit out of her house.

The boyfriend put his friends above her, disrespected her, and basically acted like a scrub. Since he loves Tyrone so much, maybe Tyrone can help him carry his things out: but he can’t call Tyrone on Erykah’s phone, because he never helped her with the bill.

When I first heard the song in the late 90’s, I grooved to it, even playing it in prelude to my ex husband exiting our home. “Call Tyrone, yes call him please” I would say loudly and with much attitude. Who is this “Tyrone” that will come to the aid of his friend who is messing up with his woman to help him when he calls? 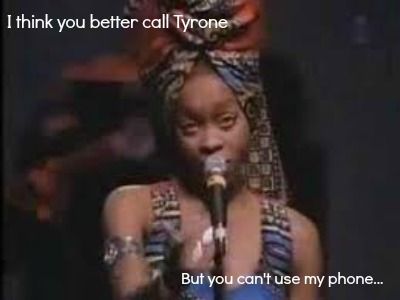 I’m a lil older now and I actually know a “Tyrone” up close and personally, well I used to anyway, but this has nothing to do about him. So, sweetie if you’re reading please know we still on that “Need To Know Basis” phone plan. I had to throw a lil salt in there, because I did not like that comment. The Tyrone I know and the Tyrone I will depict may have some similarities, but mostly it’s just the name lol. Let me stop, but I told y’all it was one of those types of nights…

My mind has me envisioning this “Tyrone” and I’m hearing how he seems to be so dependable, always around, has his stuff together and single… I’m picturing “Tyrone” as one fine handsome specimen of a man, well dressed, intelligent and charming. You’ll find him chatting with a woman or on a business call, when he’s visiting your man at your house. He always takes the call out to his car to give his caller his undivided attention. When he comes over to chill he has a bottle of something to contribute to their boys game night. “Tyrone”  will make sure to chat with you while you’re standing in the kitchen with your arms folded, face twisted, mouth tight at the fact of your man choosing company over time with you. Igging you on to finishing frying those wings he claims are just as good as his Mama’s. “Tyrone”surely seems to the “Man.” 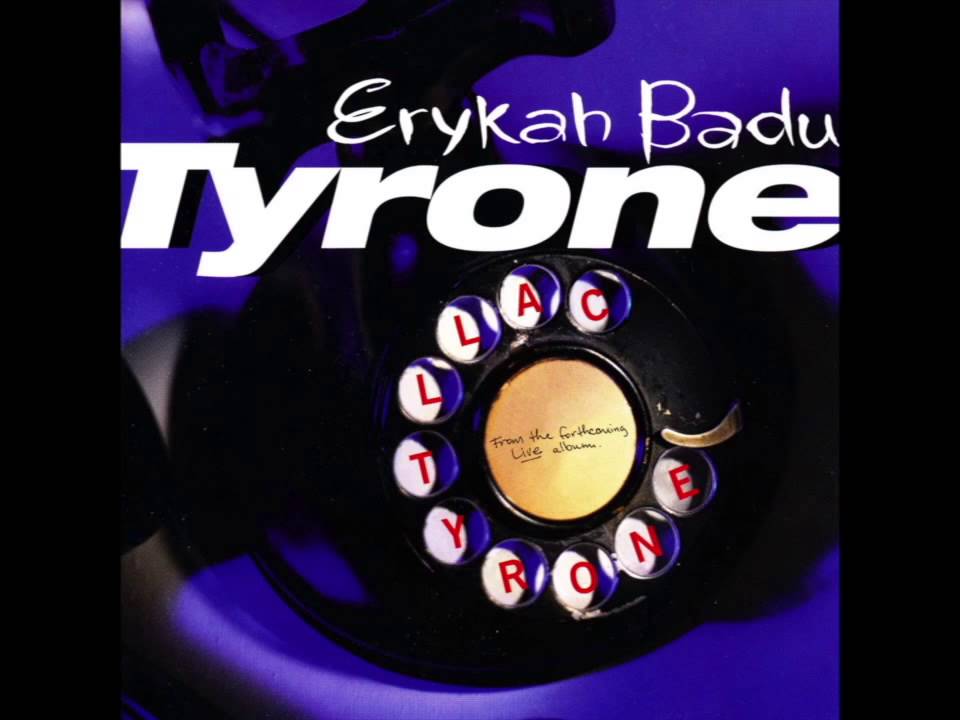 Have you ever thought, why is it that “Tyrone” does not need to call his friends to bail him out of his shit? “Tyrone” has to be doing something right in his life, right?? “Tyrone” must know how to balance his life or maybe he knows not to bite off too much, knowing if he does he will not be able to handle it? “Tyrone” seems like the type to tell the ladies exactly what it is they have going on, but still manages to make her feel special even if they aren’t in a committed relationship. “Tyrone” knows how to treat a lady, that slang “Friends with benefits” never leaves his lips. He’s a perfect gentle yet rough lover that aims to please and he pleases in his own king size bed in his own immaculate house.

I wanna know this “Tyrone.” Seriously, Tyrone has a his own house, his own car, his own phone and the list of  “His Own” goes on and on. Why is it that we are with the fool who needs to call him? Why do we go though and deal with men who are no good for us, while passing up the ones who will add to our lives. Are we really that committed to the bad boy persona? The have 5 baby momma’s and no job type of man, who comes over with his shit in a garbage bag??? Is that what we like ladies??

I decided I’ll call “Tyrone” myself. It won’t be my ex’s or Tyrone, but it will be a “Tyrone.” I don’t know about you, but I know I deserve a “Tyrone” in my life… I am deserving of a man who is single, honest, loyal, balanced, employed, funny, dependable, you know all that and a bag of chips kinda man.

I know men, unlike woman are loyal to a fault within their friendships, I’m not sure if that’s a good or bad thing at this point, but honestly we as women can learn a few things from their bonds. Men have long-lasting solid, loving friendship and it will take something very devastating to destroy their bond. We as women, stop being friends when we think the other looks a lil too cute one night…

But back to this “Tyrone” this man who will hear from me very soon and as a matter of fact I will not have to call “Tyrone,” because “Tyrone” will find me and get these digits, boo.

The only way for me find out is for me to wait so I can “Call Tyrone” after he calls me. lol

Wish me luck ladies and I’ll let yall know how the call with “Tyrone and I” goes.

I found a Tyrone for yall tho, but he’s for my true old schoolers.. This for my Mama.